Being reasonable in the age of hyperbole

Everything nowadays is super-sized. We don’t become musicians; we win Idol. We don’t sell a hundred albums; we go platinum. We don’t parent anymore; we blog about it in minute detail. We don’t just discipline our children; we follow a parenting philosophy of a New York Times best-selling book.

We don’t grow our own food; we are homesteaders. We don’t switch off our mobile phones; we go on digital detox. We don’t drink water; we hydrate. We don’t think well of ourselves; we invest in self-care and self-love.

We are in the midst of an epidemic of largeness where ordinary is no longer good enough. Psychologists are reportedly seeing greater numbers of young people who are struggling, not because anything is lacking, but because the fame, riches and glory they’ve been promised in popular culture aren’t apparent.

A problem of expectations

Excessively high expectations lead to failure – not only lessening one’s perceived happiness and life satisfaction, but also havng a deleterious effect on one’s performance. Steven Berglas, a specialist in performance expectations and author of the book Your Own Worst Enemy: Understanding the Paradox of Self-Defeating Behavior, notes that too-high expectations cause high performers to achieve under expectations.

This phenomenon of undirected ambition, hyperbole and high expectations of life isn’t new, though it has increased in occurrence. The ancient Greek (Stoic) philosopher Epictetus from AD 55 – AD 135, said “man is disturbed not by things, but by the views he takes of them.”

While your circumstances may be outside of our control, our reactions and responses to these are (almost) always within our control, which affects our state of mind.

One of the world’s most read and lauded memoirs, Viktor Frankl’s Man’s Search for Meaning, explores how people may respond to circumstances of extreme deprivation, torture and pain in the Nazi concentration camps.

“But there is also purpose in that life which is almost barren of both creation and enjoyment and which admits of but one possibility of high moral behavior: namely, in man’s attitude to his existence, an existence restricted by external forces,” write Frankl. “Here lies the chance for a man either to make use of or to forgo the opportunities of attaining the moral values that a difficult situation may afford him.”

For Frankl, suffering presented an opportunity to explore and expand one’s character and moral fibre, not only through one’s composure but through humanity’s innate kindness and compassion for other sentient beings.

Of course, in our modern society, questions of moral values are few and far between, unless through sensationalist media “exposes” of people displaying blatant lack of morals. Of course, tabloid media are hardly our moral guardians, taking advantage of our urge to judge others, saying “I’m nothing like that person.”

Winners (and the rest)

Our society elevates winners to celebrity status while being critical to anyone who appears to be “full of themselves”, particularly in countries such as Australia, New Zealand and England.

It’s not socially acceptable to openly discuss one’s failures but nor should we appear too proud of our achievements. We must strive to win without appearing too self-satisfied when we do.

Most of us won’t win a public prize, hold a public office, nor achieve any public notoriety in our lives. Most people will quietly stoke our yearnings and dissatisfactions while trying to avoid looking like we give a hoot.

We are ordinary, while desperately running from this. 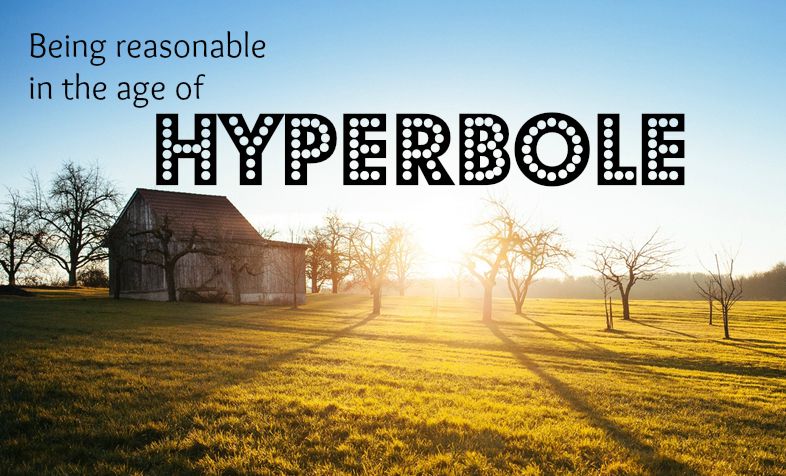 It’s no small feat, self-satisfaction, contentment, and (dare I suggest it?) happiness. The subject of philosophers, spiritualists, and religious and movements and organisations for thousands of years, our quest for self-satisfaction is not small, nor simple. It is culturally complex, subjective, and continually evolving.

Here are a few clues towards self-satisfaction and possible antidotes to our age of hyperbole:

In praise of slow

Carl Honoré says in his book, In Praise of Slow: “The secret is balance. Instead of doing everything faster, do everything at the right speed. Sometimes fast. Sometimes slow. Sometimes somewhere in between. Being slow means never rushing, never striving to save time just for the sake of it. It means remaining calm and unflustered even when circumstances force us to speed up.”

It can feel impossible to seek peace and calm while attempting to live a life of virtue, ethics and satisfaction without escaping to a cave or mountainside. How do we live a life of quiet principles, of satisfaction in ordinariness and being average?

Clues may be found in Honoré’s book – to remain calm and unflustered, non-plussed by the neon-bright and Vegas-tall loudness of hyperbole that swans, flits and prances around us.

When feeling small or ordinary, rather than look out and up, look in and down. Return to yourself. Breathe deeply. Seek your foundations and feel the grass between your toes. Go deep. Because in this age of shallowness and hyperbole, the depths must endure.