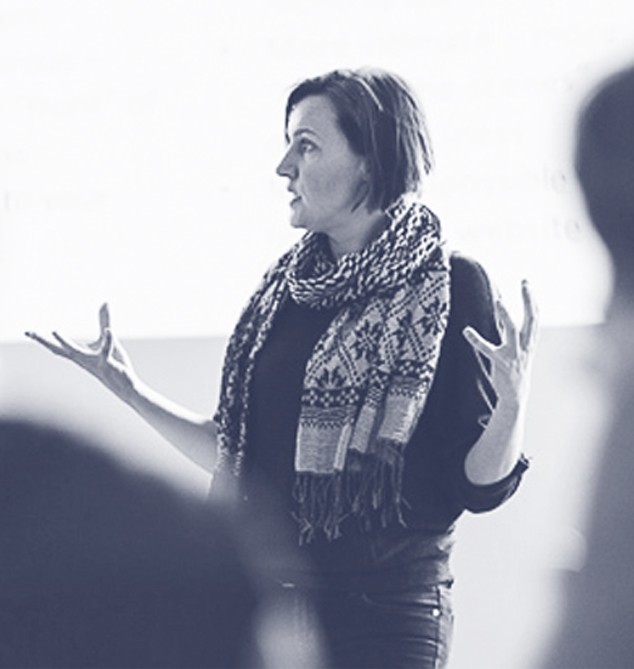 I love the art and science of communication, persuasion and influence. And spend my time teaching small business owners how to leverage all three to maximise their online reach. Prior to starting my own business in 2008, I was a Public Relationship professional, where I first dove into the fast-moving world of online communications. And ever since then, I’ve been devising strategies for helping people get heard in the crowded digital marketplace. 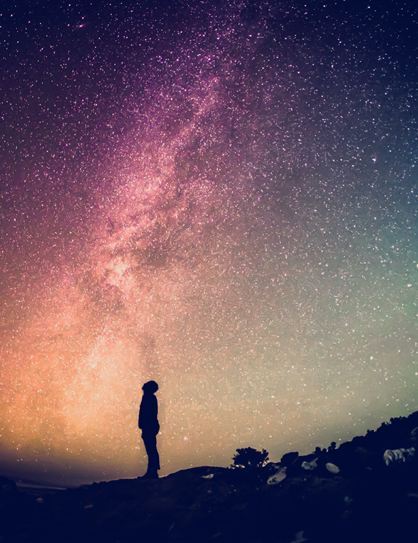 Are you overwhelmed with all the choices for how to communicate online?

Has your brand message become beige and same-same?

Are you struggling to find the right balance between logic and emotion and want to skillfully craft stories that galvanize the right people into action?

“…skillfully weave stories with facts with just the right message, at the right time…”

I offer half-day and full-day brand messaging strategy sessions. And run regular public short courses on blogging and social media marketing around Australia. Alternatively, I can run these courses in-house — customised to suit your brand and marketing objectives. Click here to kick off the process.

I also offer one-to-one business coaching. For executives and owners who are seeking a soulful combination of action and reflection, accountability and resilience, focus and compassion. Find out more here.

What my clients say

"I'd seen Brook at one of her courses and was impressed by her ability to quickly and easily explain technical and complex subjects in plain English. Australia Post engaged Brook to present on 'digital marketing trends for small businesses' at four of our 'Grow and Go' events in Sydney. Brook's insights, energy and audience interaction were very impressive. I recommend Brook if you're looking for a speaker or trainer who's energetic, knowledgable, relatable and cutting-edge without being intimidating."

The content was so valuable and practical for us all and you have such a wonderful nature in presentation. The talk came across as very real and genuine. I've heard nothing but great reports. Love your work.

Brook ran a half-day session in our studio for a group of 18 gym studio owners on digital and social media marketing.Brook quickly and easily grasped the situation for the majority of attendees and broke down the technology into simple steps and plain English. The training was full of highly practical, creative ideas for our brand to help us stand out among the over-saturated health and fitness market.

I followed up the training by engaging Brook to train two of my staff to implement a social media and email strategy and schedule. Since training with Brook, she’s helped transform our social media and we have so much more client engagement as a result. Brook is very good at what she does and makes it really easy to comprehend for technically-challenged people like myself!

Businesses I work with

I work with a wide cross-section of businesses. However, I specialise in the health and creative sectors, and particularly businesses which offer professional services.

Having worked in small businesses my entire career, and with my father running his own business, I well understand the particular challenges which small business owners face. And how juggling multiple roles with splintered attention can make you stressed and overwhelmed.

Many of us fall into self-employment or start businesses because we want more freedom and flexibility. We want to enjoy the sense of purpose and fulfilment that comes from many a livelihood using your own sweat and smarts. But, more often than not, the lifestyle sold to us through popular entrepreneur propaganda is far removed from reality.

There’s a better way to work.

If you’re a small business owner and want to upgrade your digital marketing skills, learn how to attract publicity, manage your own PR and improve your sales skills, then check out my flagship online business training+coaching program, Hustle & Heart.

I’ve been working in the online arena since early 2005 and embarked on the wild ride of entrepreneurship in early 2008.

I’ve worked at the coalface of social media as it emerged from obscurity to mainstream disruption. Some of the more interesting projects I’ve worked on include: working with the new concept of social commerce with Australian startup Jump On It, writing the strategy and rolling out Twitter channels, and Twitter community management across Australia and New Zealand before the company was bought by Living Social; conceiving, writing, marketing and presenting at one-day online and social media marketing intensives around Australia, from Byron Bay, to Newcastle, Perth to Melbourne, Adelaide to Newcastle, and in my home town of Sydney.

I also enjoyed a two-year stint as a tour leader in south-east Asia. With my manager in another country, a company credit card and diverse groups of cross-cultural travellers and partners, this developed my wits, independence, intercultural communication and people skills.

I’m Brook McCarthy, a digital marketing trainer and business coach of 15 years' experience, with a background in Public Relations.

I believe that digital is just one piece of a comprehensive communications strategy and shouldn't be treated separately. The online worlds and offline worlds are increasingly colliding. Your efforts in publicity, advertising, sales, website development, search engine optimisation, and stakeholder engagement should form a holistic approach – the same approach I teach in my courses and programs.

To earn the attention of an audience who is already overloaded with information, creativity is essential. And it’s my job to help you discover how to use your creative flair, tap into relevance, and create compelling communication to get your message heard.

Articles in which I’ve been featured

Introverts and extroverts ­– how to successfully manage the two

Self-spruiking is turning lives upside down

How to become confident

Boldness as a business strategy