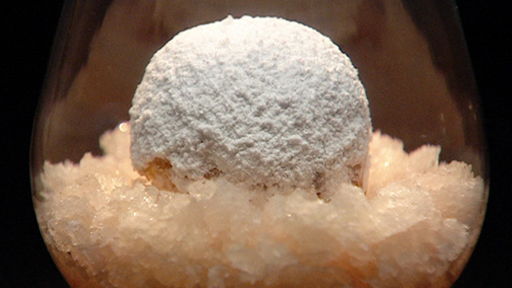 In my local neighbourhood, there’s a café that’s never quiet. No matter what time of the day or what day of the week you get there, it’s overflowing with people. The café looks like it belongs in a laneway of Melbourne, not a daggy Sydney suburb. They serve on-trend food: alongside your bacon-and-egg-roll staples, there’s chia pudding, quinoa salad and ‘healthy’ muffins stuffed with god-knows-what.

Adjacent to the café is The Source Bulkfoods. It’s stocked with every ingredient imaginable to make the very foods that the next door café sells. But people aren’t cooking. They’re eating out.

Build your reputation by giving away your gold

Chefs tend to be over-worked and underpaid. Very few earn what most people would consider good money. Most chefs rise with the birds, work all day over a hot stove and have a raft of battle scars to show for their efforts.

A few make it to the top of their game. With the help of financial partners and other backers, they open multiple restaurants, put out a range of food products, consult to an airline on their meals and perhaps release a range of cookware. And they release cookbooks.

The snow egg at the Quay restaurant is the finale on a four-course meal at $175. When the contestants on Masterchef attempted to recreate it back in 2010, the phones at The Quay rang off the hook.

Masterchef viewers did not attempt, en masse, to recreate this masterpiece. Instead, the popularity and prestige of The Quay restaurant surged.

In most industries trade secrets are protected by non-disclosure agreements and locked away, safely out of reach of competitors and other ne’er-do-wells.

The opposite is true of the food industry: chefs at the top of their game take their secrets, communicate them in the most accessible way possible, sometimes supplementing their recipe books with how-to videos, and sell them for far less than the cost of eating a single meal in their fine dining establishments.

Building your reach through an audience

They aren’t worried about short-term, small-town rip-offs. They’re thinking bigger and bolder. They’re building customers of the future – those people who won’t necessarily book in tomorrow, but will save, anticipate, and look forward to visiting their restaurant to mark an anniversary, milestone birthday or other special occasion.

Overhaul your approach to being generous

Most business owners I speak with undermine their pricing while being far too stingy with building an audience.

We undermine our pricing when we:

Building an audience or community around your business is your opportunity to be generous. The digital downloads, which might include ‘how to’ videos, PDF e-books or multi-part educational series delivered via email, is our opportunity to give away our top recipes: to hone in on the most effective, most impactful things we say and do and give these away (in exchange for an email address. Or not, in some cases.)

Not everyone who would benefit from your services will be able to afford them right now. Knowing how to gracefully handle these prospects is so much easier when you’ve got a library of free resources to refer them to. If someone wants your help with something but cannot afford your fees, you can refer them to an online resource you’ve created free-of-charge – it’s precisely the common problems and questions that you come across all the time in business that are ripe for creating free resources about.

Modern marketing, called content marketing, is the coming-of-age for generosity.

Business owners who are naturally generous in nature are well placed to grow their community, nurturing their pool of prospects, building their professional reputation and brand profile and increasing their website ranking in the process.

Giving away your trade secrets doesn’t undermine what you do – but there’s one huge caveat here, and again, we can take our cues from top chefs.

Chefs will happily appear on TV programs, create their own YouTube channels and write cookbooks for home chefs to dig into. But they won’t come to your house and cook these recipes for you.

There’s a world of difference between giving away your trade secrets and doing the implementation on behalf of people. One empowers others, the other is labour-intensive and leaves people non-the-wiser about how to look after themselves. Cooking those famous recipes for customers comes at a price – as yours should do, too.