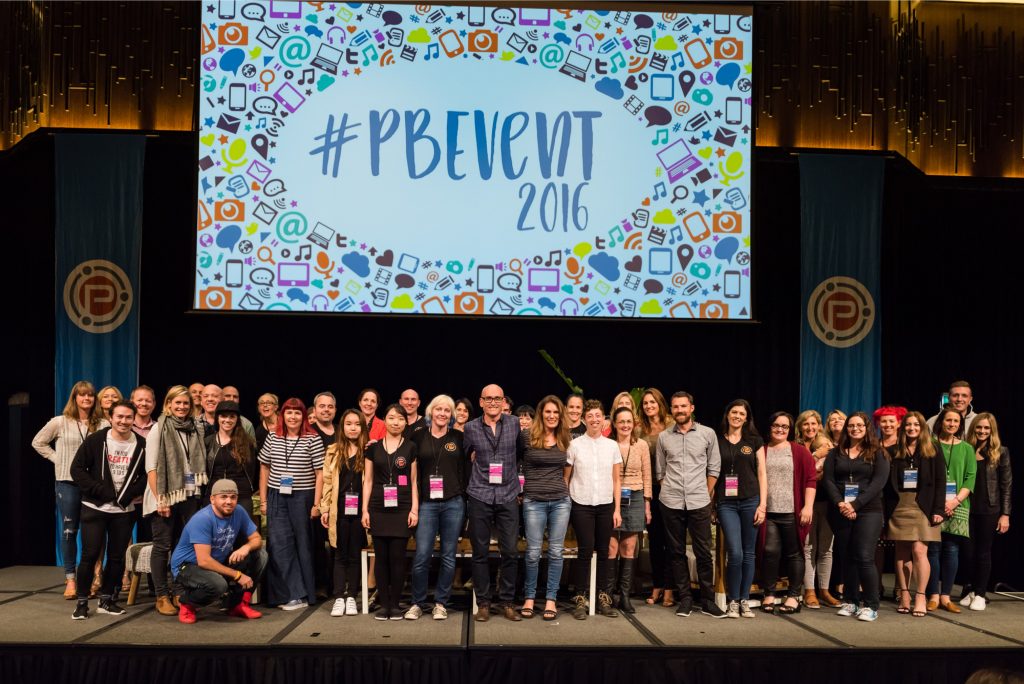 Australians love plumbing the depths of self-deprecation. Concurrently, we have a macho culture of “getting on with it”, being proudly independent and hiding any weakness. It’s an uneasy marriage, and when applied to self-employment, it often results in depression, anxiety and social isolation.

And that’s just one reason why the Problogger conference is so necessary in Australia: because it gives people a reason to leave their computer screens (or rather, take their computers) to meet other like-minded blogger-type people.

People who appreciate pretty food and would never dream of eating it until it’s been photographed. People whose tickets aren’t paid for by their employers but out of their own, hard-earned cash. People who are mostly women, surrounded by women, at a business event that isn’t dry, dull or salesy but creative, practical and collaborative. People who’ll happily share the details of their lead magnets, sales funnels and membership programs, in the spirit of cheerful camaraderie. 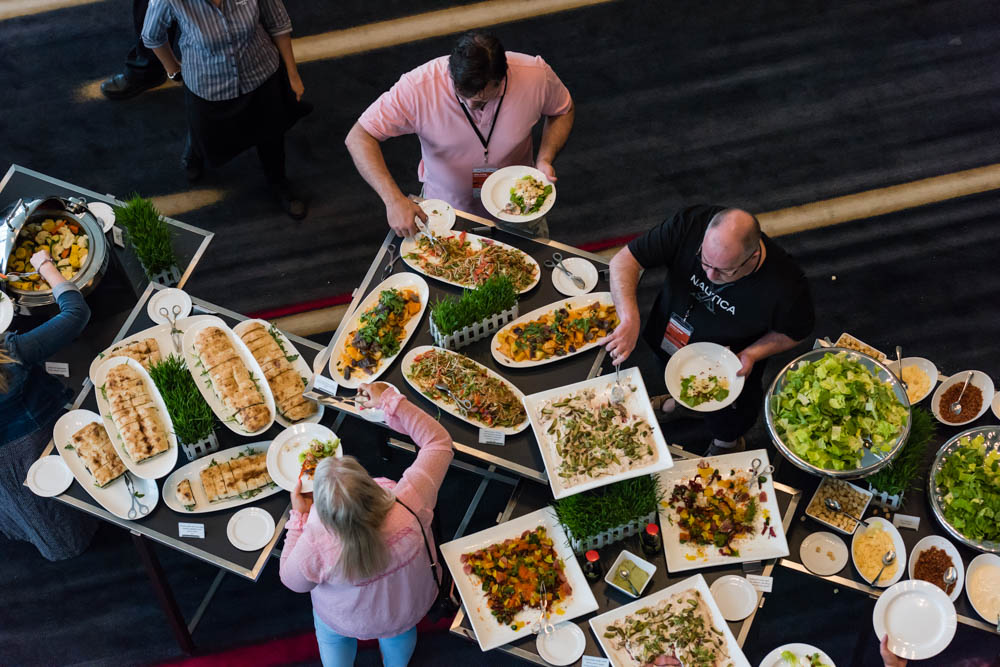 People who can feel among their brethren, where normally we’re squinted at quizzically when we try explaining that we run our businesses online, not always making money while we sleep exactly, though cheered along by the “blings” of our PayPal app announcing a new payment received. Being self-employed is not easily understood and not often respected, either, in this brave new world of twenty-first century business.

Many and varied paths to online business

One of the biggest misconceptions I brought to the conference is that there are two types of bloggers who make money: the first type, and the sort of blogging for business that I teach courses in, is businesses that use their blog as a marketing tactic to sell their product and services. They may be a bricks-and-mortar local businesses, they may be a service business, or an online retailer, and their business blogging efforts help to educate, inform, build trust and authority, and overcome misconceptions and other barriers to purchase. 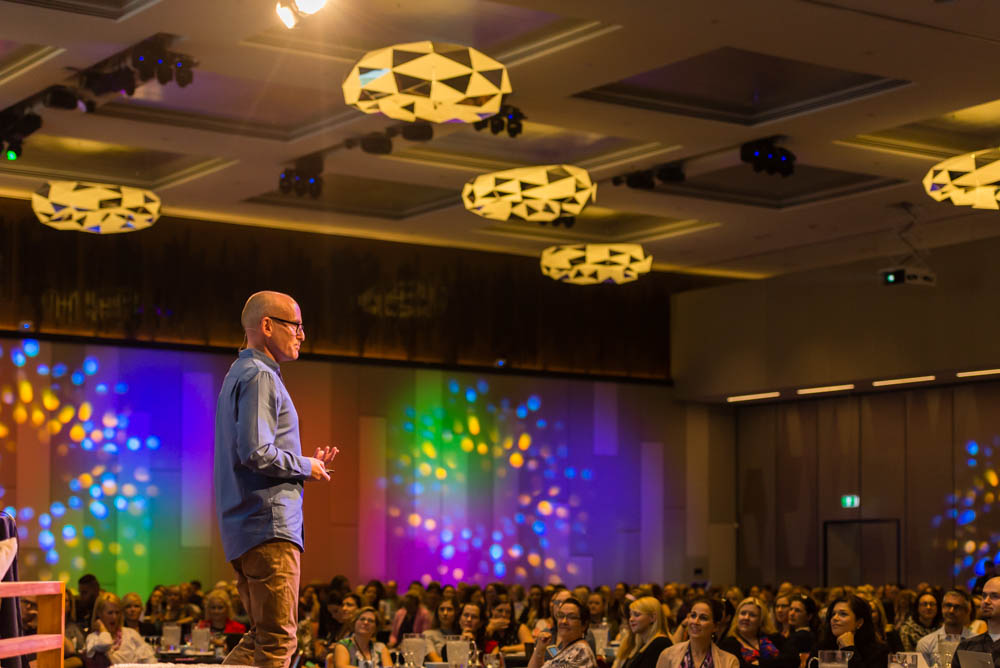 The second type, which I don’t teach (but plenty of great courses do) is to build a big following through consistent blogging, and then migrate/monetise this through a variety of new and evolving methods, such as blog sponsorship, brand ambassadors, affiliate marketing, sponsored posts and old-fashioned banner advertising.

There were some Problogger participants and speakers such Chantelle Ellem of Fat Mum Slim, Nikki Parkinson of Stylin’ You, Brian Fanzo of iSocialFanz, Nathan Chan of Foundr magazine and the Merrymaker Sisters, with eye-wateringly large followings. But large followings don’t equate to a thriving income.

To turn a sizeable community into a thriving income takes trial and error, savvy negotiation and, our old friends, grit and determination.

Conversely, a modest online following doesn’t mean your blogging efforts are for naught – your desire and determination to make money is key to actually doing this.

I met a lot of people at the Problogger conference with very particular blends of creative endeavours and income streams, combining consulting or one-to-one services, with speaking, online courses, programs or memberships, brand partnerships and assorted other weird and wonderful ways to earn a crust. There’s no one way. And there’s no right way. There’s only what’s fun, what’s useful and what earns you money.

“The most powerful thing you can do is say ‘I don’t know,’” says Fanzo. It’s a welcome message for the 500-odd conference delegates busily adding yet more items onto the overcrowded to-do list.

Speaker Dan Flynn from the Thankyou Group gave a hilariously entertaining recap of the countless failures and setbacks of the early years of Thankyou. (Go check out his book, Chapter One, which is a litany of earnest, thick-and-fast, teeth-grinding failures.)

Go check out Dan Flynn from @thankyou_AUS book, Chapter One, a litany of teeth-grinding failures

Daniel (and his wife and business partner Justine Flynn who spoke in a panel on using blogging for social good) spoke a lot about the necessity of connecting with your ‘why’ every day, and this may be what powers his obvious tenacity.

This was followed by the comedic Dan Norris, who took self-deprecation to new lows, pitting himself against “the other Daniel” who gave his profits away, while Dan kept his. 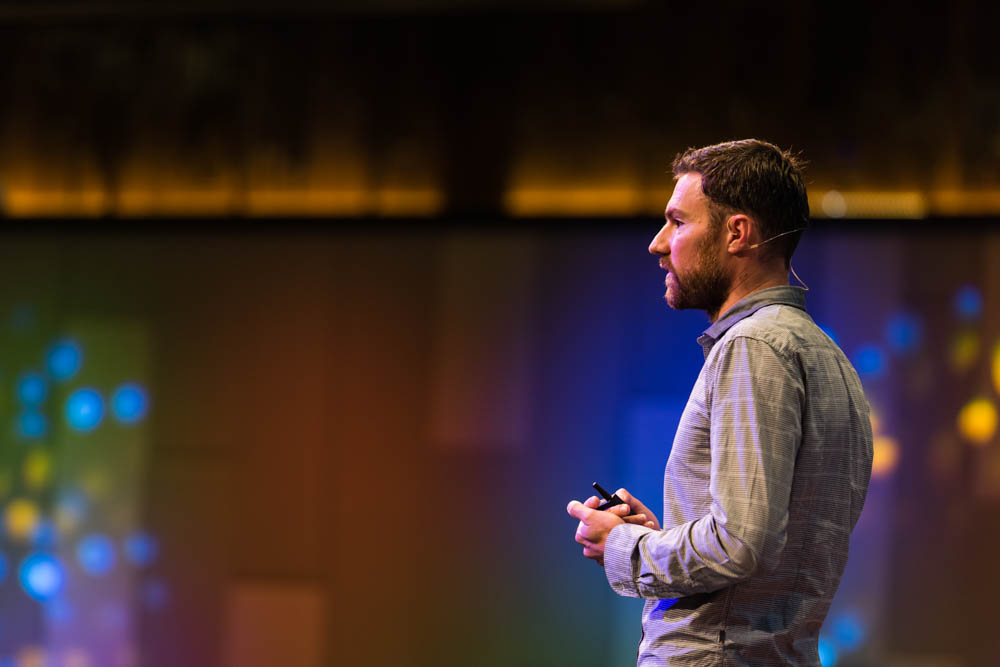 Once again, Dan’s stories illustrated the same-old-same-old qualities of grit, tenacity and persistent self-belief that see mere mortals fall by the wayside.

An evangelist for live video, Fanzo’s workshop on New Media was a real eye-opener, as Fanzo shared some of the many collaborations and events he’s created, using live video streaming to help fans gain access. Live video is real, raw and not for the faint-of-heart. It’s ‘anything can happen’ feel is part of its appeal so give up control and dive in.

Video accounts for 50 per cent of all mobile data (according to Cisco). Google’s algorithm update in April 2015 boosted the ranking of mobile-friendly pages on mobile search results, and these algorithm changes continue, with another change by Google in May 2016 to penalise sites that still aren’t mobile responsive.

Any person with ability and an online community can create online courses and start selling. The technology isn’t the speed bump – it’s coming up with the killer idea that your community desperately wants and needs to know.

As apps and software such as Canva, WordSwag, PicMonkey and (Problogger event sponsor) Easil make it increasingly easy to create your own graphic design, combined with the burgeoning number of free, high-quality, copyright-free stock photography websites, bad design is not longer forgivable (if it ever was)!

5: Perfection is a myth

There’s no doubt that the pursuit of perfection can be crippling, stopping us from launching, plaguing us with self-doubt and eroding our self-satisfaction and happiness from our efforts. Time after time, speakers called this out and entreated us to stop worrying so much about something that was ultimately unachievable. So launch already!

6: Blogging can be for social good

One of the most inspiring sessions of Problogger was the panel discussion ‘Using your influence to make a difference’ with Justine Flynn from Thankyou Group, Alexx Stuart from Low Tox Life, and the magnetic Sarah Rosborg from Rafiki Mwema. Sarah’s introduction of Rafiki Mwema, a therapeutic safe house in Kenya for babies and children who’ve been sexually abused, didn’t leave a dry eye in the room. Her arresting presentation showed the power of social media reach and crowd-funding to create enduring change across the globe. 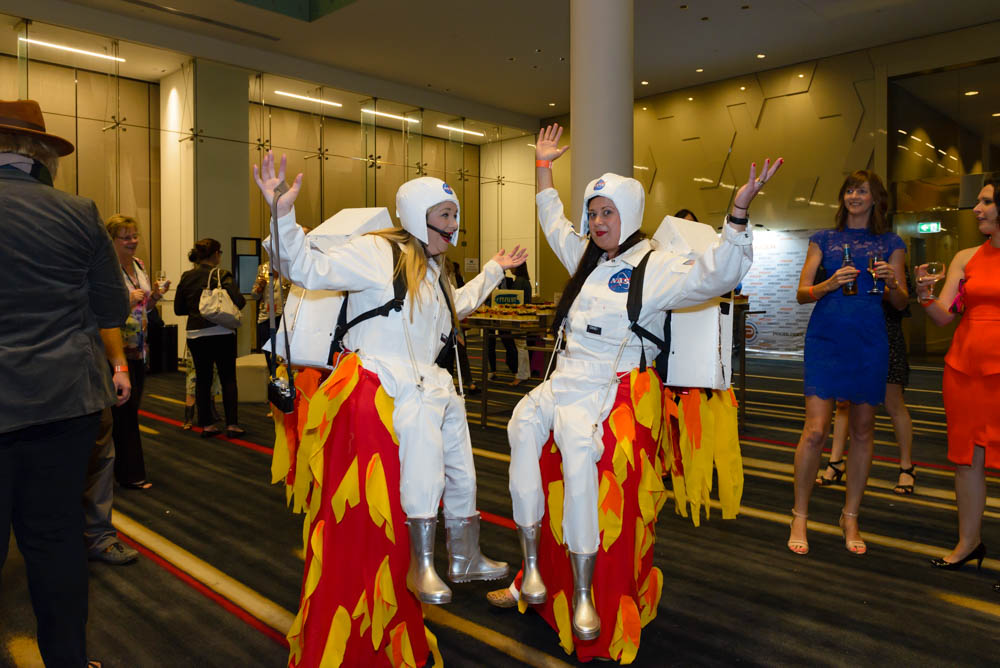 Literal interpretation of the networking night theme of ‘above the stars’. Image credit.

Is it a failure, or a final defeat?

It’s easy to start a business. It’s far harder to stick at it, year in, year out, accumulating horror stories and battle scars. Failure are a byproduct of taking action. We all know that. And we all need reminded from time to time.

The problem with the internet is that it can push people further away from each other. Squinting at luscious branding and hi-tech websites can easily fester into negative, self-defeating stories between the haves and the have-nots in business. Of course, the truth is far more nuanced (as always).

If you’re a bit of a loner (like I am) and the thought of networking makes you want to gouge out your eyeballs with a blunt spoon, I highly recommend that you don’t do that, but instead invite a friend along to join you at Problogger next year.

It was my first Problogger conference, but won’t be my last.
****

You can access all session recordings, presentations and offers from Problogger speakers and sponsors by buying a virtual ticket (click below).