Down with the beige brigade!

The strangest compliments that I receive include variations of: “you tell it like it is”; “you’re honest”; “you’re real”. I find this depressing.

First, because I’d like these attributes to be taken for granted. Second, because it infers that other business coaches and digital marketing trainers aren’t telling the whole truth, or they’re presenting an image or view of the world that’s less-than-whole.

It’s indicative of the rise of the beige brigade when ‘authentic’ and ‘real’ becomes a compliment.

It’s time we rose up and overthrew the beige brigade.

It’s time we took charge, in our own imperfectly perfect way. Because the beige brigade is killing us with its skewed vision of reality.

There’s a common aesthetic on Instagram: the taut midrift; the ever-present green juice; the various shades of white on white; the ‘go get ‘em!’ quotes; the flat lay of random aspirational objects; the incessant tagging of brands.

There’s a sameness to the aesthetic, a sameness to the sentiments, a lack of rawness to the feelings expressed or, more annoyingly, a total tease where someone eludes to great difficulties without sharing what they’re going on about and why we should care. There’s a joie de vie that works to create distance, with a sense that the life we’re looking at is far, far away for us, the loser watching through the screen.

Of course, some people really do drink a lot of green-coloured drinks, hang out in workout gear all day and have ripped abs (most of them live in Bondi Beach). But surely not as many as post these photos. And yes, if we’re in business for ourselves, then some of our marketing needs to be aspirational.

Nobody’s going to take a business coach seriously who’s got big credit card debt, a mailing address in Bonnyrigg and the writing level of a primary school child.

I see a lot of silencing in group business programs where participants are taught to ‘follow the leader’. Dissention is discouraged and there aren’t any options for people to choose from. The trainer at the top makes all the money training trainers who train people how to emulate the leader’s business model, marketing strategies, even tone-of-voice and aesthetics.

The trainer is laughing all the way to the bank, while their trainers and participants look like a bunch of unimaginative followers. When it doesn’t work out – because business isn’t straightforward and people certainly aren’t – it’s not the program or head honcho that’s blamed but the individual. For being, you know, an individual.

Perfectionism is a real killer: it stops you starting a business, launching a new service, pressing ‘publish’, and being pleased with yourself. Perfectionism isn’t real – it’s a Disney fantasy pedalled by marketers that want to keep you insecure and buying.

There’s only done and not yet done. Our perfectionism, as Seth Godin puts it, is fear of launching, or ‘shipping’. “Any project that’s held up in revisions and meetings and general fear-based polishing is the victim of a crime. It’s a crime because you’re stealing that perfect work from a customer who will benefit from it. You’re holding back the good stuff from the people who need it, afraid of what the people who don’t will say.” (Source.)

There’s no such thing as perfect – there’s only good enough to meet the expectations of your clients.

You can’t anticipate every little thing that could or would go wrong. Sooner or later, you’ll have to either launch, or bury your good ideas and unrealised potential to dwell on into the future. Perfectionism is boring in the same way that Disney gets boring – it’s predictable, simplistic, stereotypical and old. 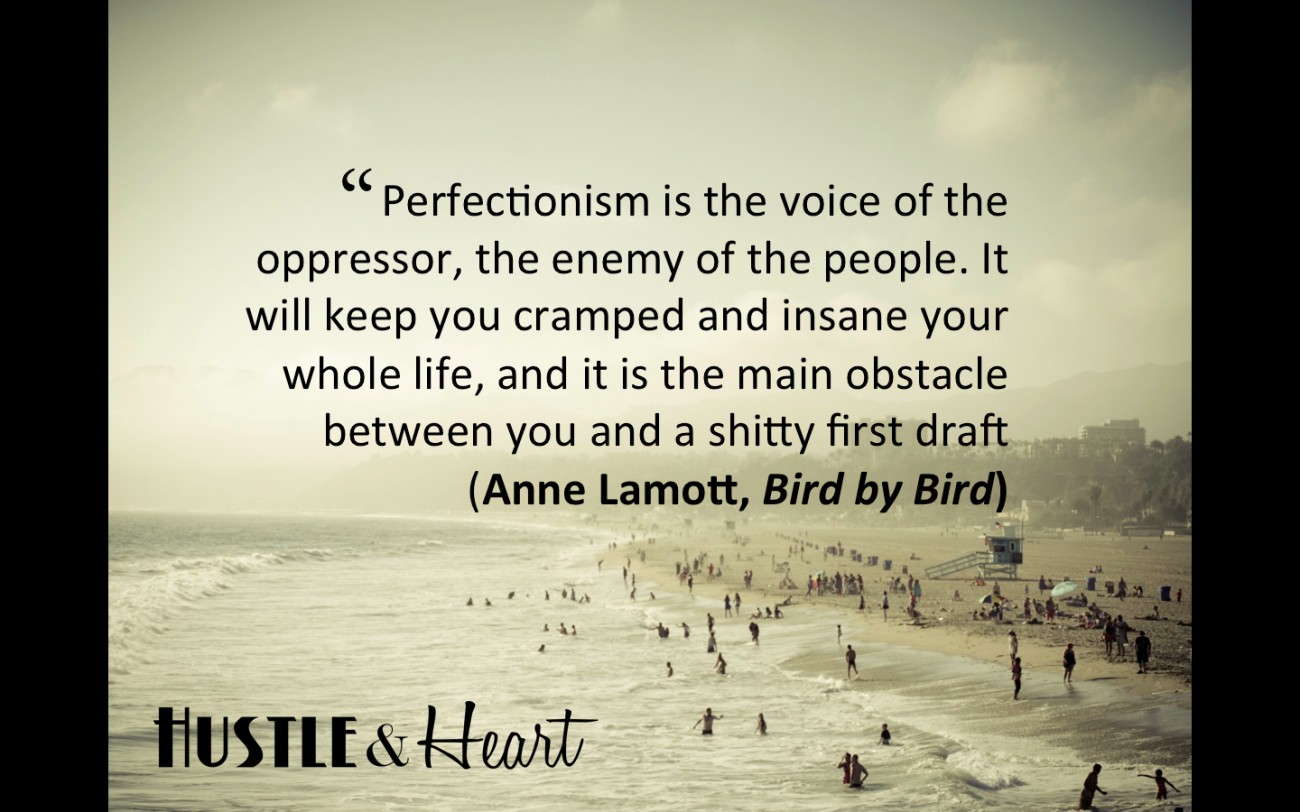 My friend and I discovered that we held different beliefs about something the other day. This friend is a nice, accommodating guy, and he immediately jumped in to start drawing similarities in our beliefs. He started bending his view to meet mine.

Wars begin when people with different beliefs find the other so threatening that they’re compelled to extinguish them. I told him that we didn’t have to hold the same beliefs to be friends.

We learn diversity by not only being amongst others who hold a different view but through accepting and celebrating this, without attempting to ‘fit in’ by adopting the views of others.

Diversity requires that we stop censoring ourselves, stop following the beige brigade and believing that the grass is always greener in someone else’s life, and start embracing all quirks, nuances, mess and shadows as infinitely human and potentially delightful.

Blessed are the weird

Communicating with people through my blog, social media and email gives me a lot of joy, not least when a stranger reaches out and says, “I thought I was alone in this. Now I realise I’m not.”

The similarities and the differences between us are all necessary. We need all players to make up the game. Not all business owners nor consumers think alike and we don’t all want the same things. There’s a place for all types and styles of people in business. But it absolutely requires that we stop trying to be something we’re not and start embracing our differences and the differences of others.

Down with the beige brigade!