In 1972 in Jerusalem, Leonard Cohen, accompanied on stage by a full complement of musicians and singers, abruptly stopped singing “Bird on the Wire”.

“I really enjoy your recognising these songs,” he said to the audience. “But I’m scared enough as it is out here, and I think something is wrong every time you begin to applaud.”

He started again with “One of Us Cannot Be Wrong” before stopping again, unnerved, and explaining himself to the cheering crowd.

“Look, if it doesn’t get any better, we’ll just end the concert and I’ll refund your money,” Cohen said. “I really feel that we’re cheating you tonight. Some nights, one is raised off the ground, and some nights you just can’t get off the ground.”

Sometime later, Cohen retreated to his dressing room and wept, “I can’t make it, man. I don’t like it. Period. So I’m splitting.”

But he returned to the stage one last time, to speak to the audience. “Listen, people, my band and I are all crying backstage. We’re too broken up to go on. But I just want to tell you, thank you and good night.”

Humiliation is the price of admission 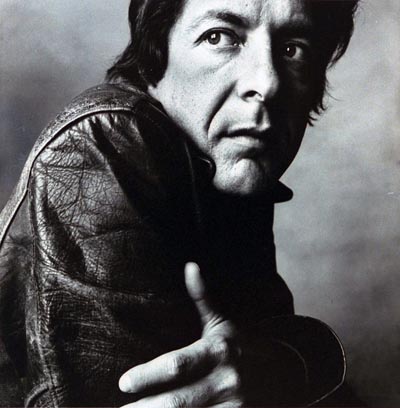 Humiliation – whether public like Cohen on stage in Jerusalem – or perceived, like your frustration or despair at failing to live up to your own expectations, is the price of admission to greatness.

Humiliation is unavoidable – for the fact of your high expectations. Your dream, goal, plans, and the impact you want to make on the world, are all higher than your current reality. Discord results.

Cohen was deeply familiar with perfectionism. “It stems from the fact that you are not as good as you want to be – that’s really what nervousness is,” said Cohen.

Bob Dylan and Cohen were friends for several decades. In a Paris café, Dylan asked Cohen about his song “Hallelujah” – how long had it taken him to write?

“Two years,” Cohen lied, when in reality, the song had taken five years, and dozens of drafts.

Cohen asked Dylan about his song “I and I” – how long had it taken to write that?
“About fifteen minutes,” Dylan replied.

Whether five years or 15 minutes, greatness takes as long as it takes.

Chaos is your birthright

Perhaps one the most well known factoids of Cohen is of his being swindled out of millions by his long-time business manager, who’d been left in charge of his affairs when Cohen retreated to a Zen monastery for several years in the 1990s.

For a man well into his seventies who felt his parental responsibilities keenly, Cohen was left with no other choice than to go back on the road. So he assembled a full band and led intensive rehearsals to arrange his songs, which he hadn’t performed for years, and to ensure the band were as tight as possible.

His comeback world tour landed in Sydney in 2013, where my partner and I saw him perform at the (now defunct) Sydney Entertainment Centre. His performance – and his band – was poignant and uplifting. The concert converted my partner from a skeptic to a fan. And most importantly, it was fabulous to see that Cohen appeared to really be enjoying himself on stage.

From the ashes of financial devastation, the show took in 380 cities over five years and left Cohen with a sense of satisfaction, enjoyment and pride in seeing his decades of music adored by fans the world over.

Getting comfortable with chaos

Cohen was intimate with depression, fear and humiliation. Performing in front of crowds didn’t come naturally to him – arguably, he only started to really enjoy performing on his comeback tour.

Your greatest fears are the dark tunnel towards your redemption. Exploring the worst case scenarios that your unconscious mind dreams up helps to overcome these. The crippling perfectionism that you may believe is insurmountable can be conquered through careful examination of the fears that feed it – and the fears that feed those fears.

Bringing fears to light doesn’t make them more terrifying. Similarly to how close examination of horror movies reveals their flaws, examining your fears out loud enables them to be picked apart and rendered powerless.

The worst thing you can do is avoid leaping into fear. Unconscious fears become more powerful when avoided.

The more deeply you care about your work, the harder it will be to create because your expectations for it will be far higher. The chasm between your present reality and your dreams can either become an abyss of dashed hopes to be suppressed, or a burning flame of desire to propel you forward. It could take 15 minutes, or five years. But you’ll never know if you don’t try.